SYMPOSIUM OF HEALTH AND ALIVENESS

Be With the Top Presenters

From the Comfort of Your Home

PARTICIPATE AND EXPERIENCE DURING THIS TIME OF QUARANTINE AND SECLUSION

A GATHERING OF HEALERS 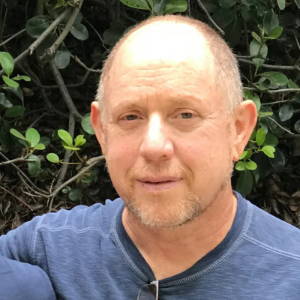 Cupping: An adjunct therapy for Bodyworkers

Since his 1978 graduation from the New England School of Acupuncture, Richard Gold has devoted his professional career to the study, practice, teaching, researching and publishing in the field of Traditional East Asian medicine, including acupuncture, herbal medicine, Seitai Shiatsu, and traditional Thai bodywork.

Richard has been instrumental in helping establish traditional Thai bodywork in the West through his teaching, publishing and video productions. His book, ‘Thai Massage, A Traditional Medical Technique’ was the first professionally published book on Thai massage in English (1998, 2nd edition 2008). Subsequently, this book was published in Japanese and Portuguese.

Dr. Gold was one of the four founding Board members of the Pacific College of Oriental Medicine (PCOM) with accredited campuses in San Diego, Chicago and New York City. He served on the board and faculty of PCOM for over 20 years. (www.pacificcollege.edu) 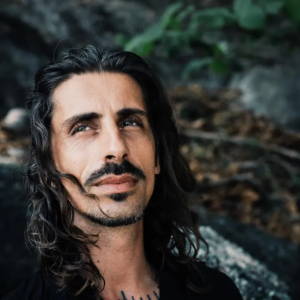 The 5 Elements as a language system

Sebastian is a student of the Body, Breath and Movement. These studies brought him into different disciplinary practices such as martial arts, dance, bodywork and traditional healing arts. For the past 17 years he has been immersed in the learning and practice of Traditional Thai Medicine; rooted in the Five Element Theory and Buddhist principles of mindfulness, kindness and compassion; following the lineage of the acclaimed Master Arjhan Pichest.

Sebastian is the co-founder of ThaiVedic, a holistic healing system that bridges timeless Ayurvedic principles with Thai Buddhist medicine and Yoga Therapy. Based in Asia for the last 10 years, Sebastian travels around the world sharing his practice through sessions, classes and workshops. 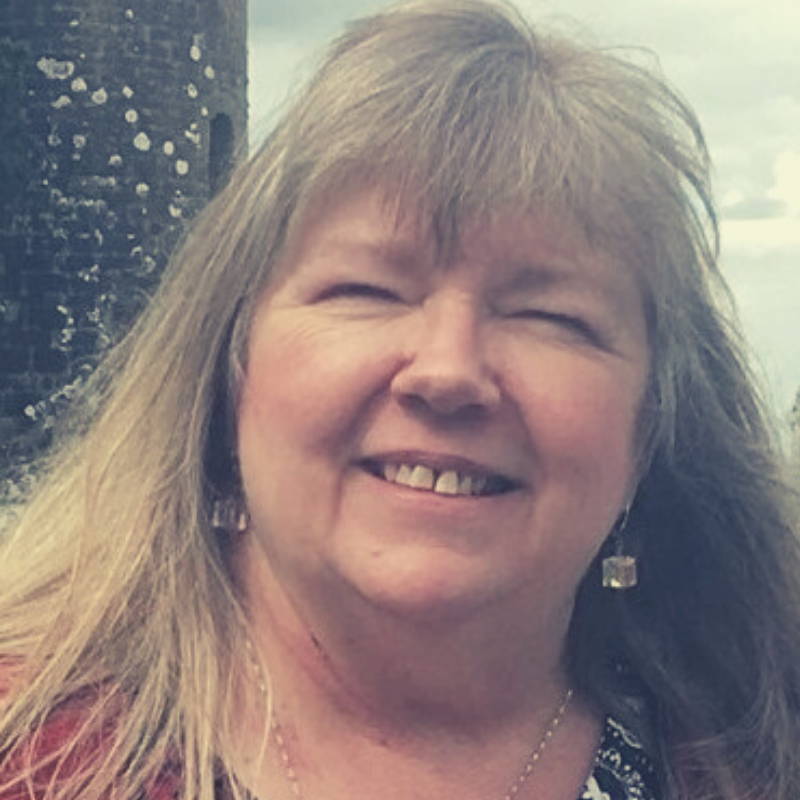 Laura Allen is the President of Sales & Marketing at AHC Ventures, the parent company of CryoDerm, a family-owned company located in Margate, FL that makes plant-based Pain Relief and Therapeutic Massage products. She is also on the team of CryoDerm Educators.

A graduate of Shaw University and The Whole You School of Massage Therapy, Allen began her studies of bodywork in 1993, and has been a licensed massage therapist since 1999. From 1998-2003, she was the administrator and an instructor at The Whole You. From 2003-2016, she owned THERA-SSAGE, a multi-disciplinary clinic offering chiropractic, massage therapy, acupuncture, esthetics, naturopathy, and nutritional counseling. Allen has been an Approved Provider of Continuing Education under the NCBTMB since 2000, offering classes in professional ethics, research literacy, business and marketing, massage therapy techniques, and training for those who want to be instructors of massage therapy. She has taught classes all over the US, in Canada, and Europe. 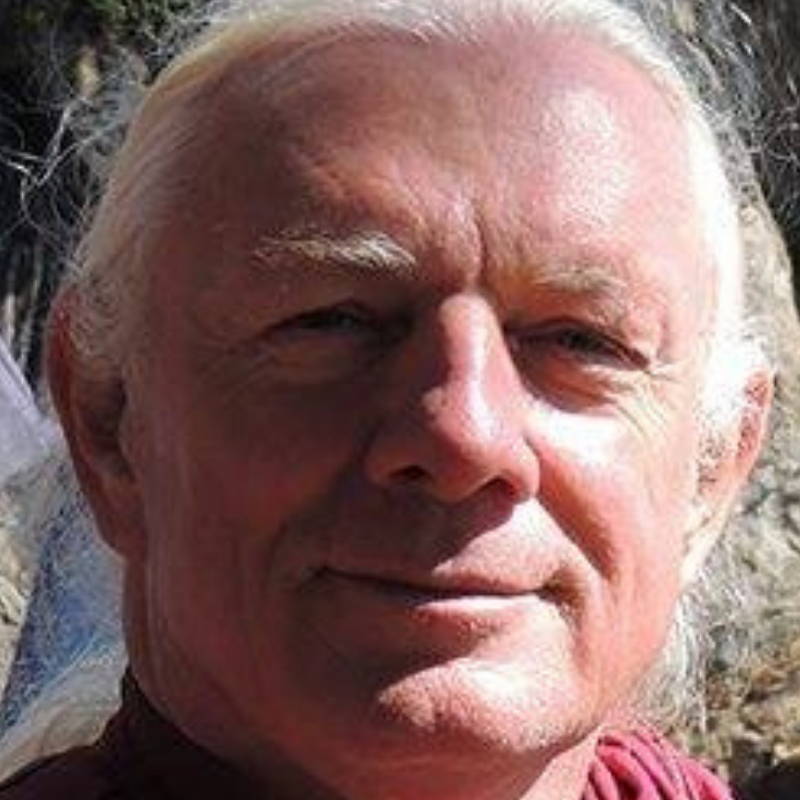 Glenn H. Mullin (born 1949, Quebec, Canada) is a Tibetologist who lived in the Indian Himalayas between 1972 and 1984, where he studied philosophy, literature, meditation, yoga, and the enlightenment culture under thirty-five of the great living masters from the four schools of Tibetan Buddhism.

After returning to North America in 1984, Glenn founded The Mystical Arts of Tibet. This association, under his direction, facilitated music and dance tours of Tibetan *monks in North America. The first such tours to reach the west, they also included demonstrations of mandala sand paintings. In accordance with their primary purpose, these cultural exchanges contributed… “mystically to world peace and planetary healing” and they raised “an awareness of the Tibet situation," at that time. Moreover, the association generated funds for India’s refugee community and later dedicated its mission to the activities of Drepung Loseling, the largest of Tibet's monastic universities. (Faces and Lives of Glenn H. Mullin)

Glenn is the author of over twenty-five books on Tibetan Buddhism. Many of these focus on the lives and works of the early Dalai Lamas. Some of his other titles include Tsongkhapa's Six Yogas of Naropa and The Practice of Kalachakra (Snow Lion); Death and Dying: The Tibetan Tradition (Arkana/Viking Penguin); Mystical Verses of a Mad Dalai Lama (Quest Books); The Mystical Arts of Tibet (Longstreet Press); and The Fourteen Dalai Lamas, as well as The Female Buddhas (Clear Light Books). He has also worked as a field specialist on three Tibet-related films and five television documentaries, and has co-produced five audio recordings of Tibetan sacred music. In 2002 his book The Fourteen Dalai Lamas was nominated for the prestigious NAPRA award for best book, and in 2004 his book The Female Buddhas won a Best Book Award from Foreword Magazine. 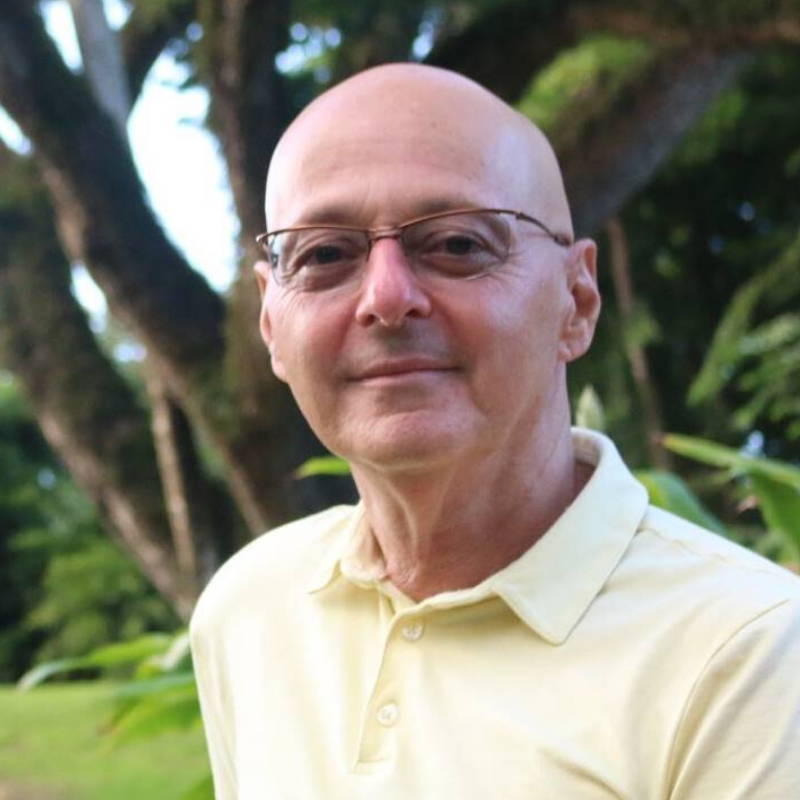 Laksmi (Larry Pugliese) has been a practitioner and teacher of the yoga system known as Bhakti since 1972. For 13 years he was a a celibate monk, focusing on his yoga practice and development of his meditation skills and the ability to share those techniques with others.

From 2008 to present Laksmi has focused on presenting the philosophy and psychology of yoga through seminars at yoga studios in the New York, New Jersey and Puerto Rico area. He has extensively studied Bhagavad Gita, Yoga Sutras and other yoga texts and is known for taking these ancient sacred texts and presenting them in an easily accessible way focusing on contemporary application.

Many yoga studios call upon Laksmi to present yoga philosophy and psychology to their yoga teachers in training. In 2009 Laksmi released his CD entitled “Chants Encounter” and has performed kirtan in many yoga studios, temples and interfaith programs. He currently resides in Puerto Rico with his wife Dr. Gulnara Taldibaeva-Pugliese (internist and Ayurvedic Dr.) and son Nrsimhadeva. 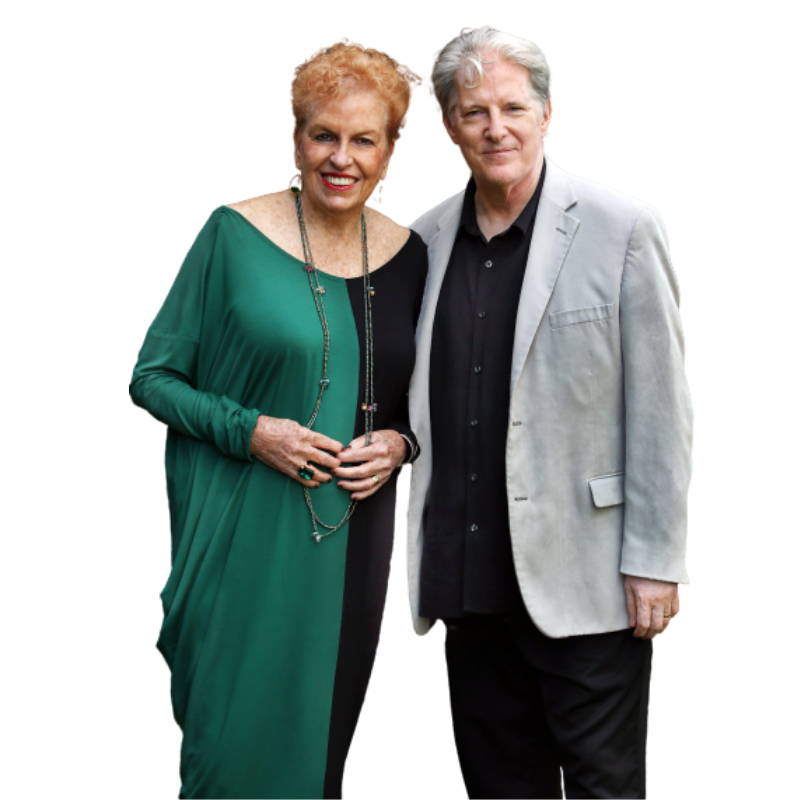 Maintaining LOVE AND CERTAINTY in times of fear of the unknown

Markus Ray received his training in the arts, holding an MFA in painting. Also a writer and a poet, he brings spirituality and sensuality together in these mediums of expression.

He is a presenter of the profound modern psychological/spiritual scripture, A Course In Miracles. He studied with his master, Tara Singh, for l7 years, in order to experience its truth directly. His spiritual quest has taken him to India many times with Tara Singh and Sondra Ray, where Muniraj, Babaji’s foremost disciple, gave him the name Man Mohan, “The Poet who steals the hearts of the people”.

Sondra Ray, the “Mother of Rebirthing”
Pioneer & Leader in this age of Spiritual Self Mastery

Sondra Ray is known the world over as one of the most dynamic spiritual leaders of our day. She is recognized by many as a spiritual teacher, author, rebirther, lecturer, and healer, with a renowned expertise in the area of relationships. Inspired by President Kennedy in the early 1960’s, Sondra Ray was a pioneer in the first 10 groups of the Peace Corp, an experience which gave her the lifelong dedication to world service.

In her early formative years before her life mission as a Rebirther, teacher and author, Ray earned a B.S. degree in Nursing from the University of Florida College of Nursing, and a Masters Degree in Public Health and Family Sociology from the University of Arizona. She was trained as a Nurse Practitioner in Obstetrics and Gynecology. During her assignment in the Peace Corps she was was stationed in Peru, which prepared her for world service.

Sondra Ray has written 18 books on the subjects of rebirthing, relationships, ideal birth, The Forgiveness Diet©, A Course in Miracles, healing and holiness, and the many mental & spiritual imperatives in life….and many other deeply pertinent subjects in our quest to Lovingly integrate ourselves in these modern times. In her best seller, The Only Diet There Is, Sondra shows people how to lose weight by forgiving people, especially themselves. 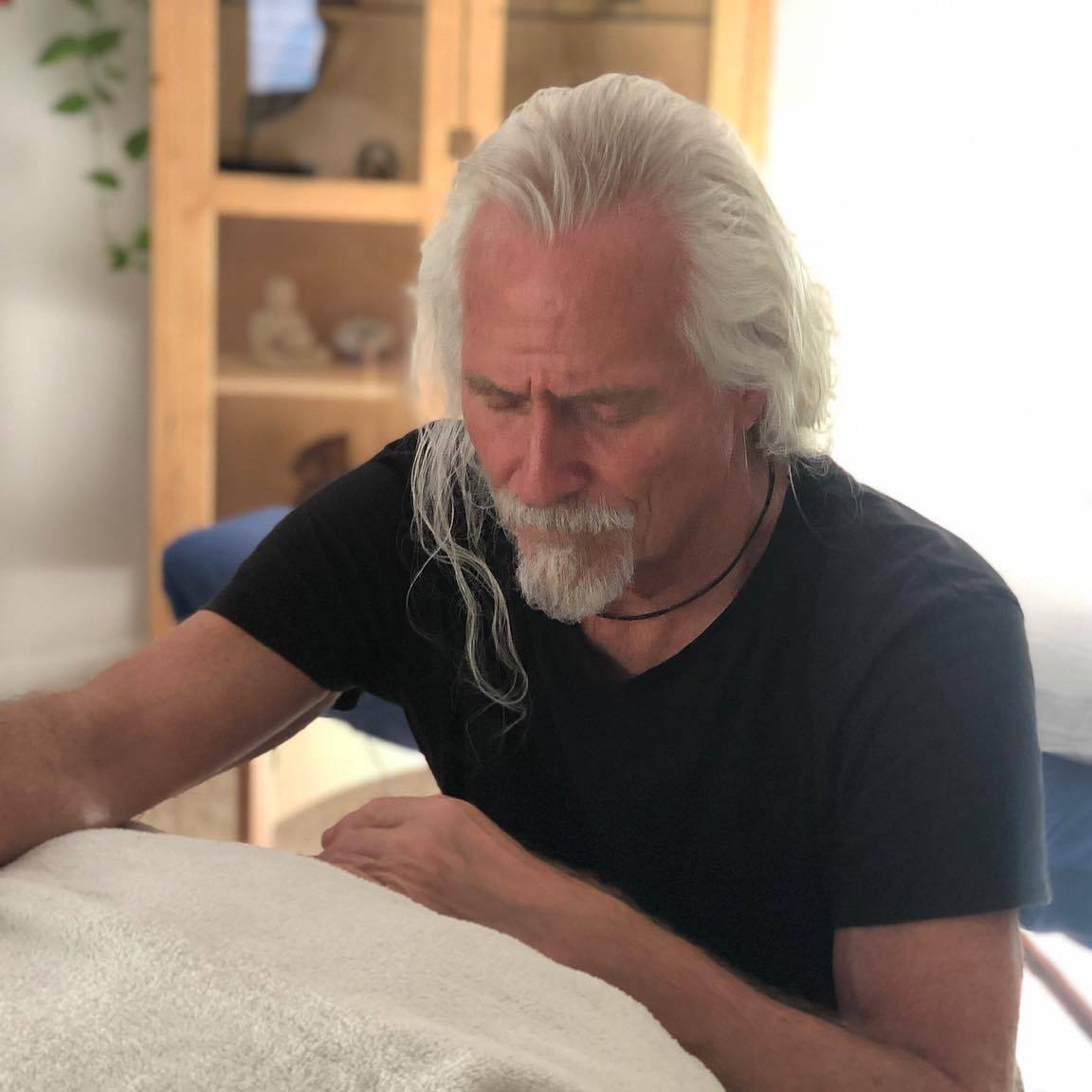 Guided Meditation Fire behind the Ice

Mukti is the Founder and Director of the Vedic Conservatory.

Mukti is a graduate of the notable THAI SCHOOLS Lek Chaya, ITM and Sunshine Schools in Chiang Mai, Thailand and regularly hosts student study tours to Thailand. Mukti is also a certified instructor for Thai Healing Alliance International T.H.A.I. and has initiated certification to over thirty thousand students in fourteen countries while documenting over 1000 hours of teaching every year since 1996.

His previous professional background includes graduation from The Swedish Institute NYC in 1984, the advanced program at The Ohashi Institute in NYC in 1985, and The Anma Institute in San Francisco, CA in 1986 and in 1996 Mukti achieved Level Three Instructor status with The International Thai Therapy Association [I.T.T.A]. Mukti is a member of ABMP , a certified instructor with Thai Healing Alliance International [T.H.A.I.] and is New York and Florida state licensed. Mukti is also a certified Revelation Breathing Coach and Tratak Meditation Initiator.

Added to your cart: